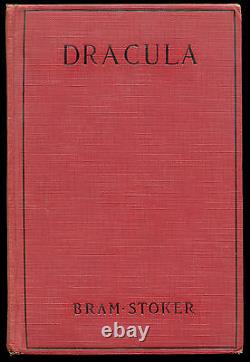 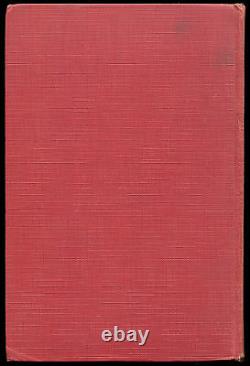 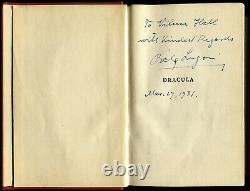 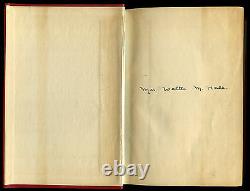 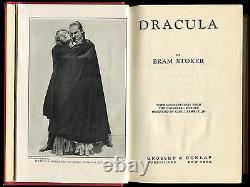 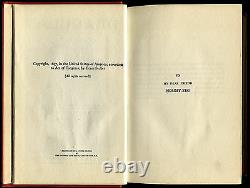 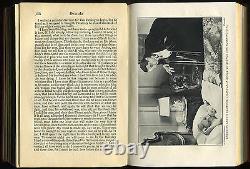 The only thing better is a 1st Edition Dracula signed by Bram Stoker.... Then again, this is a book signed by THE Dracula himself! Front endpaper has owner's name Mrs.

Second endpaper signed "To Vilma Hall with Kindest Regards, Bela Lugosi' and then below Dracula title type is dated "Mar. Signature is clear and crisp, with no distractions to the title page. Superb example of Lugosi, on the novel of the same title that made him famous. With Illustrations from the Universal Picture produced by Carl Laemmle, Jr. This film starred starred the ultimate Bela Lugosi as Dracula, Helen Chandler as Mina, David Manners as John Harker, Dwight Frye as Renfield, Edward Van Sloan as Van Helsing, Herbert Bunston as Dr Seward, and Frances Dade as Lucy.

Color of spine, cover, and rear is exceptionally good. Inside text is off-white from age, but no apparent rips, tears, staining, or maldefectas.

Pages are supple, and near perfect, straight and square, with no folding, bookmarking, or abrasions. He was featured in many of Ed Wood's low budget films, due to his extraordinary appearance as Dracula in the film.

Previous to the film, Lugosi starred in Horace Liverlight's Dracula on Broadway, appearing no less than 261 performances. This Bram Stoker stage adaptation was so successful, it attracted the interest of Hollywood, and concomitantly, Bela Lugosi, who was now a "seasoned" Dracula. Although originally cast for Lon Chaney, the director Tod Browning's first choice was a veteran dramatic actor Lon Chaney, who was in the film companies contract.

Chaney's eath soon before production made the choice very simple, Bela Lugosi. An extraordinarily rare addition to only the finest of collections. If you have any specific questions about condition. Please do not hesitate to contact me. If for any reason youre not satisfied.

This item is in the category "Books & Magazines\Antiquarian & Collectible". The seller is "marstritze_0" and is located in Pasadena, California. This item can be shipped to United States.