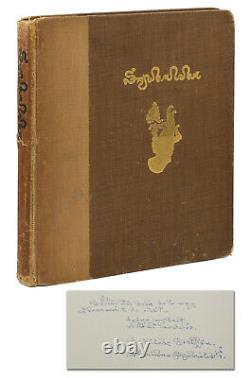 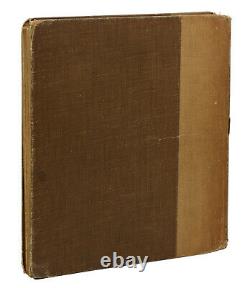 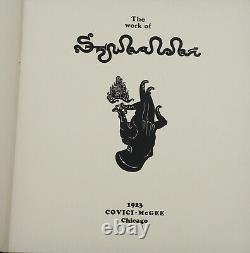 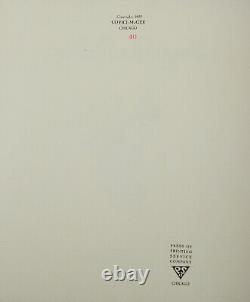 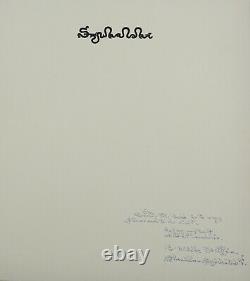 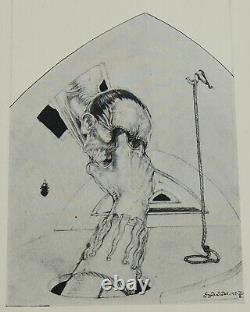 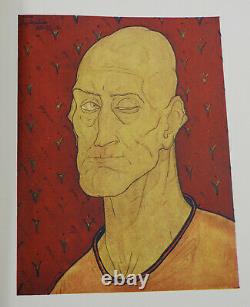 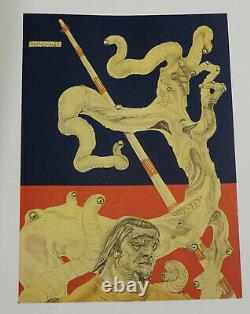 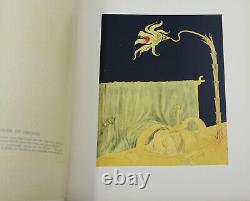 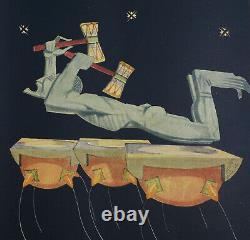 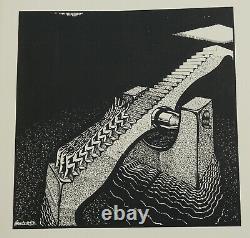 Underground comix artist Rick Griffin. Illustrated with b&w and 14 color plates from the artwork of Stanislav Szukalski. Publisher's duotone cloth stamped in gilt, lettered on spine in black, all edges gilt. 40 of an unstated limitation. Szukalski's own copy signed on half-title and gifted to psychedelic artist Rick Griffin in 1978. The inscription reads, Within this book is the way I learned to do art. Doing my best without models. To Rick Griffin, [signed] Stanislav Szukalski" Good with rubbing to gilt, boards exposed and cloth worn and frayed along edges, tearing along edges of spine, prelims creased; color plate "Storm detached and laid in. Zermatism postulates that all human culture was derived from post-deluge Easter Island and that mankind was locked in an eternal struggle with the Sons of Yeti. His works are on permanent display at the Polish Museum of America in Chicago, as well as the Polish National Museum in Warsaw. His sculptures reveal a Mayan influence, many are pictured in this book in addition to city plans, plans for sculptures that were never executed, and many drawings of architectural elements. In 1934 he was proclaimed as the "Greatest Living Artist" by the Polish government. In 1939, the Nazi siege of Warsaw resulted in the destruction of the Szukalski National Museum built in his honor just five years before. By the time of his rediscovery by Glenn Bray in 1971 he had fallen into obscurity. Contemporary interest in his work remains. Notable admirers include actor Leonardo DiCaprio, who sponsored a retrospective exhibition titled, "Struggle, " at the Laguna Art Museum in 2000. DiCaprio and his father George, a noted figure in the world of underground comix, would go on to produce the 2018 Netflix documentary Struggle: The Life and Lost Art of Szukalski. Inscribee Richard Alden "Rick" Griffin (19441991) was an American artist and one of the leading designers of psychedelic posters in the 1960s. As a contributor to the underground comix movement, his work appeared regularly in Zap Comix. He and his fellow artists befriended Szukalski in the 1970s and championed his work. The item "The Work of STANISLAV SZUKALSKI SIGNED First Edition 1923 Outsider Art 1st" is in sale since Friday, August 13, 2021. This item is in the category "Books & Magazines\Antiquarian & Collectible". The seller is "burnsiderarebooks" and is located in Portland, Oregon. This item can be shipped worldwide.