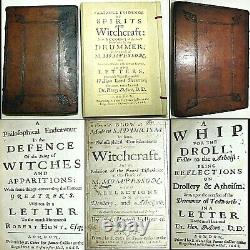 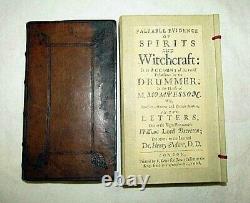 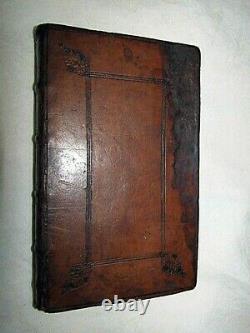 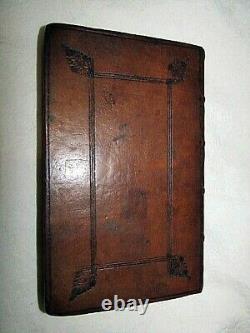 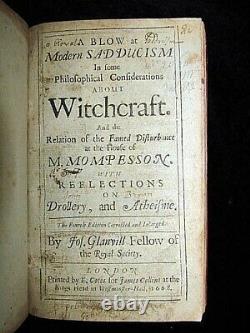 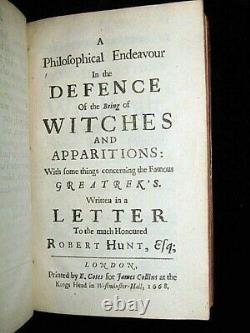 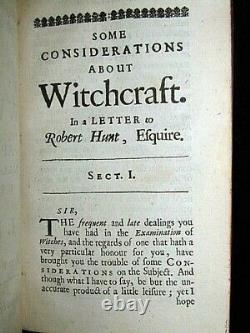 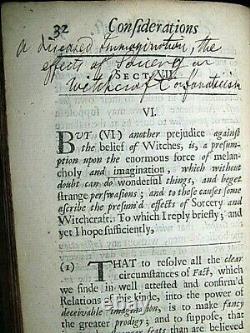 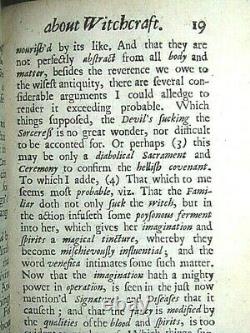 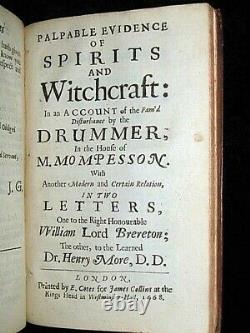 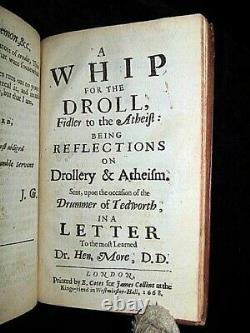 Philosophical considerations touching Witches and Witchcraft. Perished in the great fire of London, and subsequent editions were issued under different titles and with additional material (Lowndes, 899).

WITH ANOTHER MODERN AND CERTAIN RELATION, IN TWO LETTERS, ONE TO THE RIGHT HONOURABLE WILLIAM LORD BRERETON; THE OTHER, TO THE LEARNED DR. A WHIP FOR THE DROLL, FIDLER TO THE ATHEIST: BEING REFLECTIONS ON DROLLERY & ATHEISM. SENT, UPON THE OCCASION OF THE DRUMMER OF TEDWORTH, IN A LETTER TO THE MOST LEARNED DR. Joseph Glanvill (1636 4 November 1680) was an English writer, philosopher, and clergyman.

Not himself a scientist, he has been called "the most skillful apologist of the virtuosi", or in other words the leading propagandist for the approach of the English natural philosophers. Of the later 17th century. In 1661 he predicted To converse at the distance of the Indes by means of sympathetic conveyances may be as natural to future times as to us is a literary correspondence.

He is known also for Saducismus Triumphatus. (1681), this enlargement of his Blow at Modern Sadducism. (1668) was published after Glanvill's death by Henry More.

The work decried scepticism about the existence and supernatural power of witchcraft. And contained a collection of seventeenth-century folklore about witches, including one of the earliest descriptions of a witch bottle. Henry More (12 October 1614 1 September 1687) was an English philosopher of the Cambridge Platonist school.

That haunted the house of John Mompesson, of Tedworth, Wilts, beginning in 1661, and continuing. In March of that year Mompesson had caused a vagrant drummer be brought before the justice of peace, whereby his drum was confiscated.

The instrument was taken to Mompessons house during the latters absence, which was immediately followed by a poltergeist disturbance. Members of the household saw apparitions; invisible hands flung about small objects, the young children were levitated as they lay in their beds, and continual drumming was heard every night. When the drummer, who was thought to be the cause of the trouble, was transported away, the disturbance in the household ceased; but when he managed to return after a long period of time, the disturbance began again with renewed vigor. Some wear to edges, blemish to upper front board, missing spine label, case is excellent; old book pages pasted onto inner boards in replace of blank paper, John Bryan signature to title, few other written words/scribbles/worn title, blemish to bottom margin of two pages.

Few other minor blemishes/couple on last few pages, ad pages at the end was trimmed and laid down onto paper/worn, a few manuscript handwritten notes to margins/underlines, for age most pages are very good, hinges/text block are very good! I like to send off after a week or so.

Bubble wrapped and then wrapped in cardboard and mailed in a bubble wrapped envelope in most cases. The item "1668 WITCHCRAFT GLANVILL OCCULT DEVIL SATAN MAGIC GHOST DEMON BIBLE SORCERY SEX" is in sale since Friday, July 2, 2021. This item is in the category "Books & Magazines\Antiquarian & Collectible".

The seller is "rogabooksllc" and is located in Boca Raton, Florida. This item can be shipped worldwide.