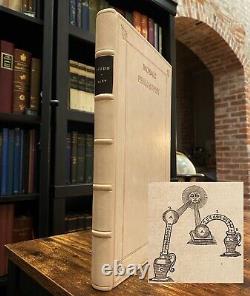 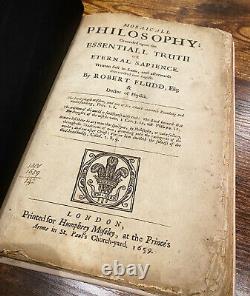 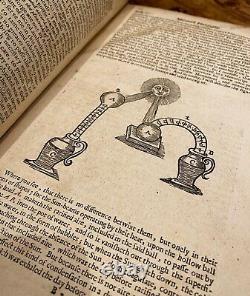 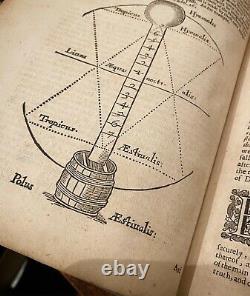 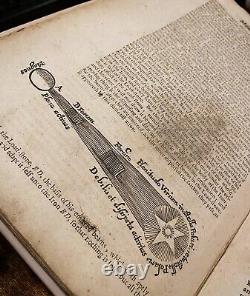 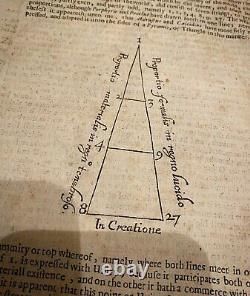 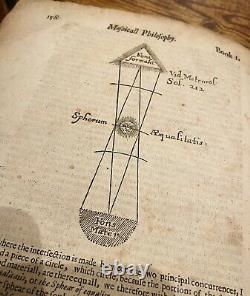 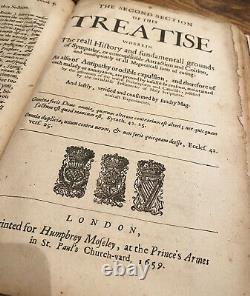 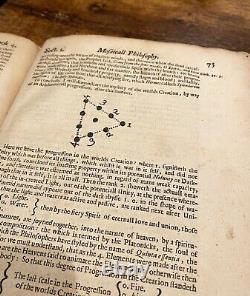 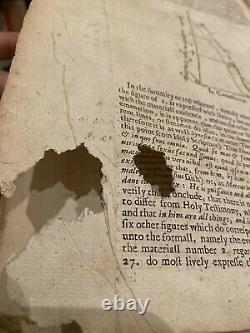 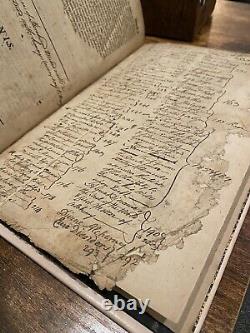 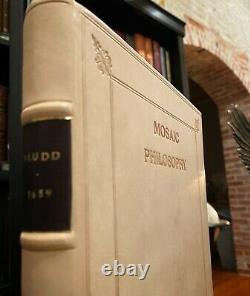 Mosaicall Philosophy Grouped Upon Essentiall Truth or Eternal Sapience. Written first in Latin and afterward thus rendered into English by Robert Fludd. 1659 London printed for Humphrey Moseley, at the Prince's Armes in St. A rare and important First English edition by Robert Fludd. Considered the greatest occult mind of the English Renaissance, Fludd was the premier representative of the Rosicrucian philosophy in England, deeply versed in both Neoplatonic and Kabbalistic thought.

He was a Paracelsian physician of considerable prominence in London circles, and he is thought to have influenced William Harvey's conception of the heart and blood. A devout Christian, Fludd deemed himself a Mosaicall Philosopher' insofar as his thinking was grounded in the spiritual and physical principles divinely revealed to Moses. As with most of Fludd's works, the Mosaicall Philosophy combines both scientific and occult thought; and Fludd here details his experiments with th weather-glass and the magnetic lodestone to demonstrate the divine spiritual principles at work in nature. Even today, the Mosaicall Philosophy is the only major work of Fludd to have been translated into English.

Professionally bound in age appropriate cream calf, blind stamp tooling with title to front front board, five raised bands and leather label to spine, modern custom marbled end papers. Although some of the text leafs are lacking as mentioned above, all the engravings are present. The lovely fine binding makes this particular copy especially unique.

This item is in the category "Books & Magazines\Antiquarian & Collectible". The seller is "roseobscurities" and is located in this country: US. This item can be shipped to United States, Canada.