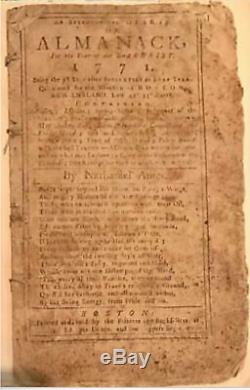 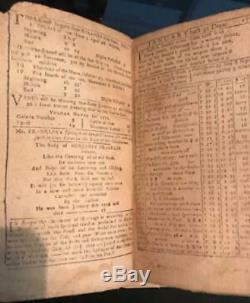 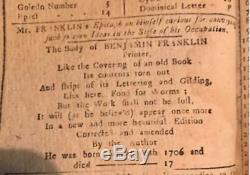 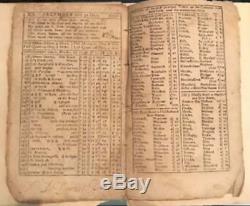 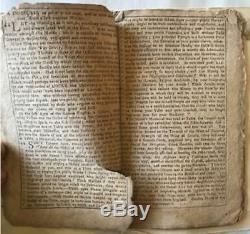 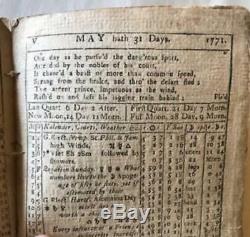 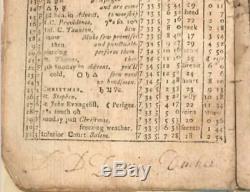 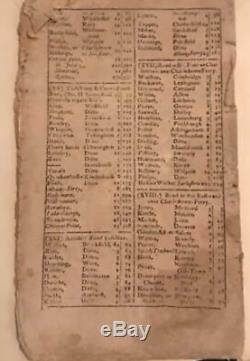 The True First Printing of the famous epitaph found in his. Like the Cover of an old Book. And stript of its Lettering and Gilding.

Lies here, Food for Worms. But the Work shall not be wholly lost. For it will, as he believd, appear once more. In a new & more perfect Edition. Twenty years later when death finally came at age 84, Franklin opted for the simpler and less whimsical: Franklin, Deborah and Benjamin, 1790.

Containing the first known printing of the most famous of American epitaphs Mark Van Doren. The Body of Benjamin Franklin, Printer, Like the covering of an Old Book, Its Contents Torn out, and Stript of its Lettering and Gilding, Lies here, Food for Worms. But the Work shall not be Lost; For it will (as he Believd) Appear once More In a New and More Elegant Edition Revised and Corrected By the Author.

This almanack has a lot of wear, as is clearly shown in the pictures and described in the condition paragraph. The main condition flaw is that this almanack terminates short and is wanting the final leaves, hence the low price.

Printed in the British North American colonies. Is the one often mentioned in contemporary history classes, at the time. Enjoyed a much larger readership. Franklin's publication had a circulation of 10,000 copies, while. Had a circulation of 60,000. An Astronomical Diary; or, Almanack, for the Year of Our Lord Christ 1771. 12mo, original printed wrappers, original stitching, incomplete with pp. Benjamin Franklin composed the humorous epitaph in 1728, mostly for the amusement of self and friends; he replaced it with a more serious epitaph shortly before his death in 1790. In the meantime, this humorous doggerel made the rounds -- seeing print here for the first time. Nathaniel Ames, and his son afterward, published the long series of almanacs from 1728 until the beginning of the Revolutionary War. In addition to the Franklin contribution, includes typical sections on eclipses, calendar pages, table of interest, Distances of the principal Towns from Boston, and cures for snake-bite and Whooping-Cough. Condition is only good for it's age; only the first ten of twelve original pages [20 leaves instead of 24] but the Franklin epitaph on the fourth leaf is present. First page soiled and toned, with very rough edges and corners, 1.5 chip in upper right corner, and 2 closed tear along left side. Interior pages also toned, but less so -- with similar edge wear but no significant tears. Inked marginalia on several leaves one of which appears to be the signature of D. David Durkee, citizen of Plymouth NH, who fought in the battle of White Plains, NY 1776. From Wikipedia, the free encyclopedia. Cover of Ames Almanack in 1761. Ames' Almanack (almanac) was the first almanac.

Nathaniel Ames, a second generation colonial American, established and wrote Ames' Almanac. Ames was only seventeen when the first almanac was printed. The family also owned Ames Tavern and often advertised the establishment in the almanac. Upon Ames' death in 1764, his son, also Nathaniel, began writing the almanac. He continued to print the almanac until 1775.

The younger Nathaniel strongly supported the antifederalist. Cause, which contrasted to his brother, the prominent Federalist. Based on a correspondence between Ames and Roger Sherman.

It appears that Sherman wrote some of the mathematical portions of the almanac in 1753. With no real intellectual property enforcement, readers frequently copied the almanac for others. This led to bickering among printers as to who published the genuine edition of Ames' Almanack forcing Ames to certify by card as to the original version. Ames wrote during a time of a growing national concept of'America' and not that of the traditional political conception of'state' (in Ames' case Massachusetts). The growing conception of a national'American' entity was reflected and propagated by the annual almanacs. By 1775, the almanac published a manual on how to make gunpowder. So that every man could supply himself with a sufficiency of that commodity. Started in 1775, there was a severe gunpowder shortage in Boston.

Wrote to Congress, the Continental Army. Was "exceedingly destitute" of the material. Ames took a stand on the religious Great Awakening. Running through the colonies in the early 18th century.

The Great Awakening challenged the traditional authority of the congregationalist. An English evangelist, created controversy in the colonies with his Great Awakening sermons.

In 1741, Ames satirized critics of Whitefield in To the Scoffers at Mr. Four years later, Whitefield came to Ames' hometown of Dedham to give one of his sermons. The same format used in Ames' Almanack was implemented by the Old Farmer's Almanac.

The popular annual publication in existence since 1792. This includes the following: page headings with the corresponding zodiac. Sign; left margin noting movable feasts.

Lines from a poem relevant to that month; phases of the moon; weather predictions; and anniversaries. Some early colonists used the blank pages of the almanac to keep personal diaries. Their memories are interlaced within the annual almanacs. Holds at least two of these diaries, including that of Reverend Thomas Balch (1759).

Ebenezer Gay, a pastor at the Church at Hingham in Hingham, Massachusetts. Similarly recorded his visits to Boston and days of prayer in his copy of the Ames Almanack.

Yale University Library; another autograph. Richard Gimbel, New Haven, Conn. (1959); facsimile printed in Charles John Smith. Three autograph texts of the Epitaph are knowntwo in manuscript, one a facsimile of the now lost Upcott holograph. The other two, and all vary, significantly or in details, from eighteenth-century transcripts or printed versions.

This is not surprising, since Franklin used to make copies of the Epitaph for his friends and, writing from memory, would make changes, either inadvertently or as improvements. His friends in turn gave copies to their friends, and at any point in this process a printer might be allowed to take a copy to brighten his almanac or magazine. No version is known that can be called Franklins first or corrected draft, and no one can know which of the three holographs listed above Franklin would have chosen as best had he considered themor whether he might not have preferred yet another version of which no autograph survives.

So the three must be regarded as equally authoritative. The text presented here is the one in the Mason Collection at Yale; from its handwriting it seems to be the earliest. Nor is the date of composition certain. Franklin himself wrote on the Upcott holograph, probably in 1784, that he had composed the piece in 1728. William Temple Franklin accepted this date.

John Coakley Lettsom, sending a copy to a friend in 1785, declared that it was done when Dr. As each of the club Junto? In rotation did the same. On the other hand, Benjamin Vaughan apparently believed that it had been composed earlier than 1728, but his substantiating details are incorrect. When Franklins friend and admirer Ezra Stiles copied a version in Jane Mecoms possession in 1779, he indicated that it had been composed 20 years ago or about 1759. In the absence of stronger evidence to the contrary, Franklins own statement that he wrote the Epitaph in 1728 seems the most acceptable. Whether the concept of the Epitaph, comparing a printers body to an old book, was original with Franklin has also been the subject of discussion and inquiry.

He has been charged with plagiarizing a Latin epitaph on Jacob Tonson that was printed in the. This charge is without foundation, of course, if Franklin composed his Epitaph in 1728. But he could have seen other applications of the simile, not uncommon in his day, such as Benjamin Woodbridges epitaph on John Cotton, printed in Mathers. Franklin, Printer; Like the Cover of an old Book, Its Contents torn out, And stript of its Lettering and Gilding, Lies here, Food for Worms.

But the Work shall not be wholly lost: 5. For it will, as he believd, appear once more, In a new & more perfect Edition, 6. The item "RARE FIRST EDITION of BENJAMIN FRANKLIN Epitaph!

Ames' Almanack Poor Richard 1771" is in sale since Saturday, September 7, 2019. This item is in the category "Books\Antiquarian & Collectible". The seller is "merchants-rare-books" and is located in Moab, Utah. This item can be shipped worldwide.