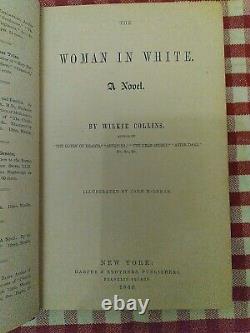 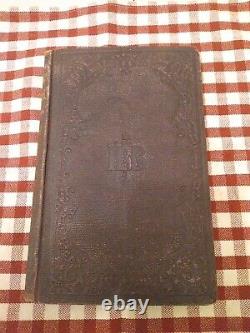 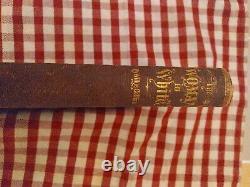 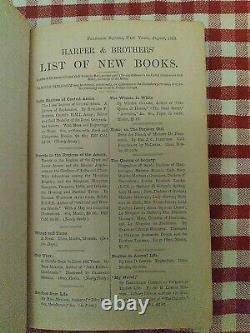 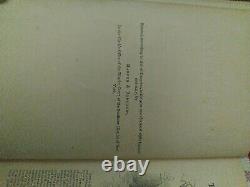 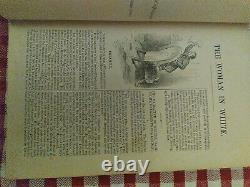 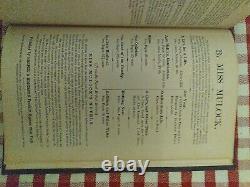 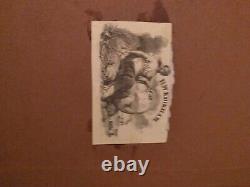 The Woman in White 1st US Edition Wilkie Collins Harper & Bros. WilkieCollins' pioneering work of fiction, considered to be among the first mysterynovels and the first (and best) in the genre of sensation novels. First American Edition; Harper & Bros.

VG+ Published simultaneously with the London edition; first illustrated and one volume edition. Originally serialized in Charles Dickens's brand-new weekly, All the Year Round (26 November 1859 through 25 August 1860), the single-volume American edition may have preceded the three-volume British edition slightly (14 August 1860). Gasson's state "b" of the ads (with "Mulock" spelled correctly, and with an advertisement for Mill on the Floss). Illustrated by John McLenan with numerous engravings in the text.

Bit of wear to spine ends, minor rubbing to cloth. With the bookplate of R. Kirkham, Mexican War hero and Civil War general who helped develop Oakland, California where he resided. General Ralph Wilson Kirkham (February 20, 1821 - May 23,1893) was one of the founders of Mountain View Cemetery and the husband of Kate Kirkham, who founded the Fabiola Association.

He served in the Civil War as a quartermaster, the Major Chief Quartermaster of the Department of the Pacific. Before leaving the service, he received a brevet promotion to brigadier general.

He retired from the military in 1870, and became a prominent businessman in Oakland. Ralph was one of the founders of Mountain View Cemetery and served on their Association for years. Fine association copy, perfect for the Wilkie Collins enthusiast or one with an interest in the history of Oakland. This item is in the category "Books & Magazines\Antiquarian & Collectible".

The seller is "dhil77666" and is located in this country: US. This item can be shipped to United States.