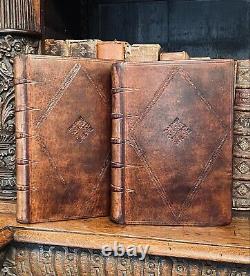 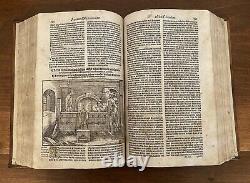 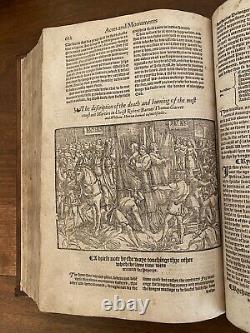 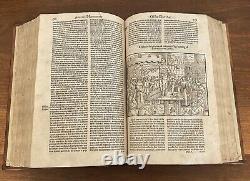 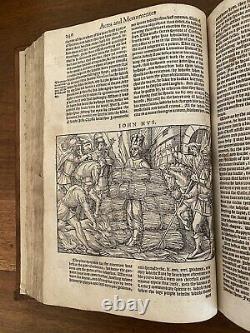 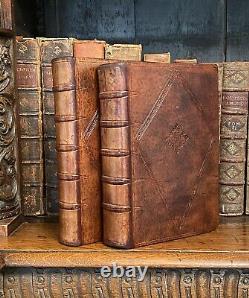 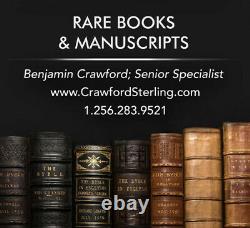 FOXE'S BOOK OF MARTYRS. The Acts and Monuments, Etc.

ACTES AND MONUMENTS OF THESE LATTER AND PERILOUS DAYES, TOUCHING MATTERS OF THE CHURCH, WHEREIN AR COMPREHENDED AND DESCRIBED THE GREAT PERSECUTIONS [AND] HORRIBLE TROUBLES THAT HAVE BENE WROUGHT AND PRACTISED BY THE ROMISHE PRELATES, SPECIALLYE IN THIS REALME OF ENGLAND AND SCOTLANDE, FROM THE YEARE OF OUR LORDE A THOUSANDE, UNTO THE TYME NOWE PRESENT'. LONDON: JOHN DAY, [(20 MARCH) 1563]. First edition of a valuable source of English history and the ecclesiastical development of Great Britain. The most lavishly illustrated English text to appear in the Elizabethan age. "Foxe's Book of Martyrs, " as it has been called ever since its first English publication, is in the main an augmented translation of the author's'Rerum in Ecclesia gestarum.

This polemical work, punctuated with its vividly illustrations, was one of the most widely read books for two centuries. Foxe's account justified the establishment of the Church of England as a continuation of the true Christian church while strongly prejudicing the English nation against Roman Catholicism. The work comprises five books, first covering the early Christian martyrs, a brief history of the medieval church, and the Wycliffite or Lollard movement.

It then examines the reign of Henry VIII during which the dispute with Rome led to the separation of the English Church from papal authority. The final book treats the reign of Queen Mary and the Marian Persecutions. Foxe based his accounts of martyrs before the early modern period on writers such as Eusebius, Bede, Matthew Paris, and others.

While critics faulted him for inaccuracies, he did compile his English martyrology (Lollards through the Marian Persecutions) from primary sources such as episcopal registers, trial reports, and eyewitness testimonies. The item "1563 JOHN FOXE Book of Martyrs FIRST ED Bible ENGLISH PROTESTANT Foxe's RARE" is in sale since Monday, March 1, 2021. This item is in the category "Books & Magazines\Antiquarian & Collectible". The seller is "collector1611" and is located in Munford, Alabama.