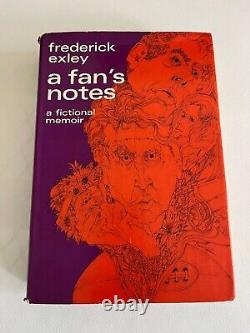 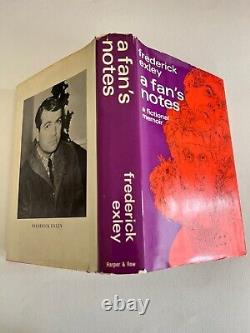 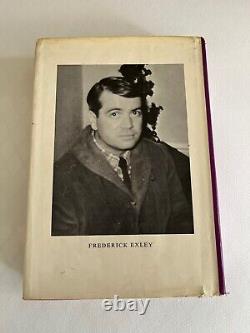 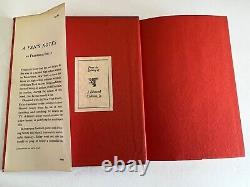 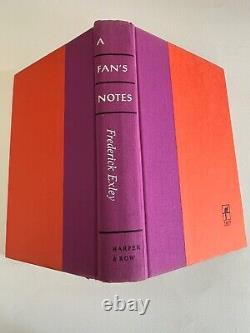 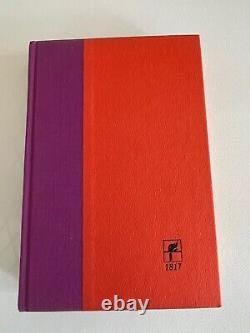 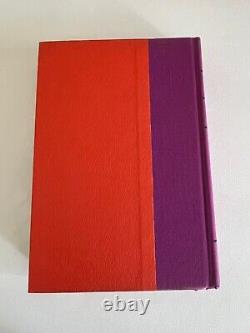 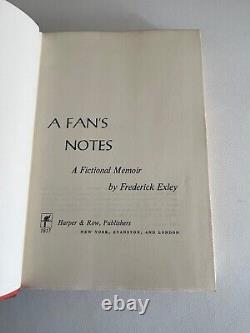 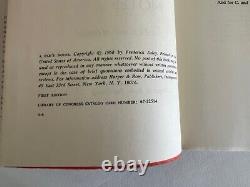 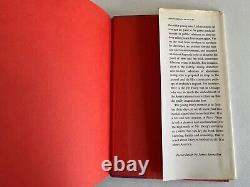 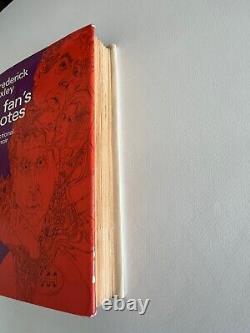 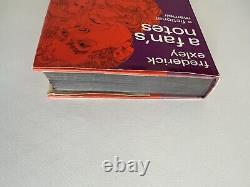 This fictional memoir, the first of an autobiographical trilogy, traces a self professed failure's nightmarish descent into the underside of American life and his resurrection to the wisdom that emerges from despair. A Fan's Notes is a 1968 novel by Frederick Exley. Subtitled "A Fictional Memoir" and categorized as fiction, the book is semi-autobiographical. In a brief "Note to the Reader" in the opening pages, Exley writes: Though the events in this book bear similarity to those of that long malaise, my life... I have drawn freely from the imagination and adhered only loosely to the pattern of my past life. To this extent, and for this reason, I ask to be judged a writer of fantasy. Since its publication the book has been reprinted several times and achieved a cult following. A Fan's Notes was briefly featured in the documentary film Stone Reader as an example of a brilliant debut novel.

This item is in the category "Books & Magazines\Antiquarian & Collectible". The seller is "besimply" and is located in this country: US. This item can be shipped worldwide.