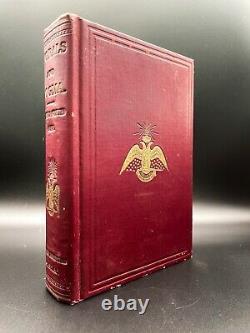 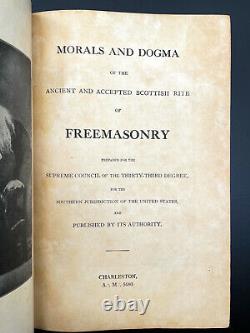 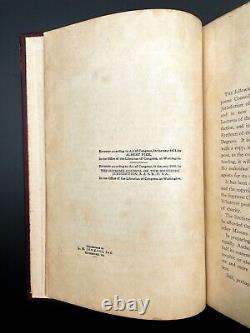 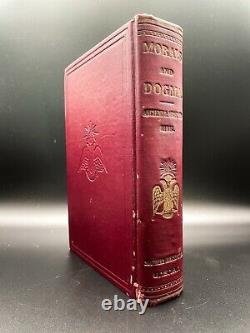 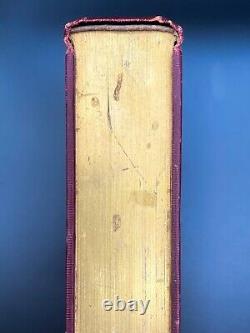 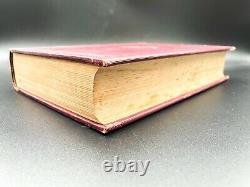 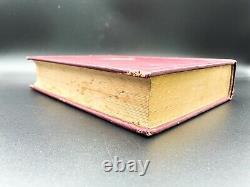 Controversial Confederate soldier Albert Pike, having fled to the Ozarks after Jefferson Davis accused him of treason, "turned his attention to secret fraternal ritual, " expanding the initiation rituals of the Freemasons in 1850, work that he pursued feverishly. Incorporating dramatic legends and esoteric philosophies from wide-ranging historical and religious traditions, he revised the 29 initiations ('degrees') of the Scottish Rite. He also wrote Morals and Dogma of Freemasonry, the great work of 19th-century Freemasonry, a monumental exegesis of the relation of Masonry to classical mythology, Oriental religion and Medieval mysticism. (Pike did not claim authorship of this book, or of nearly anything else he wrote in his later years, explaining that his photographic memory had captured so many words of others that he could never determine which were uniquely his own). Pike was one of the most contradictory men of his or perhaps any age: a 300-pound gourmand who championed ascetic religion, a gun-toting lawyer who wrote lachrymose poetry, an apostle of human freedom who fought for slavery, a venial scoundrel to some and an exemplary moral philosopher to others.

Pike, in short, embodied the extremes of 19th-century America; his peculiar genius was his ability to resolve these oppositions within the arcana of Masonic ritual (ANB). Full-bound cloth boards present fairly well with some bold water spots to front near edges and to hinges. Light wear to edges and corners, more moderate to head and foot of spine, which presents faded and with partial loss of title. Original gilt top-stain very well-preserved with only some light stains and scratches.

Heavy spotting to text blocks. Internally unmarked and mostly clean with only moderate page tanning through title page. This item is in the category "Books & Magazines\Antiquarian & Collectible". The seller is "labb1279" and is located in this country: US.