Ripley's Believe It or Not, Signed By Author First Edition 1929 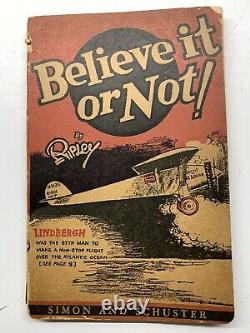 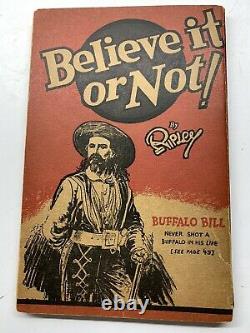 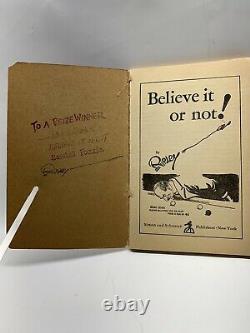 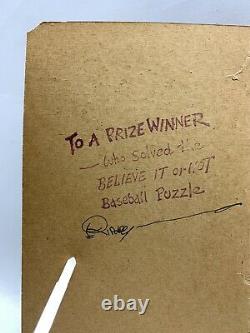 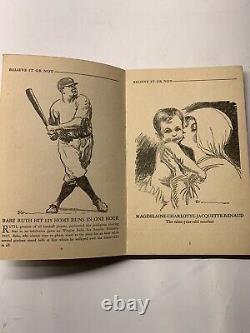 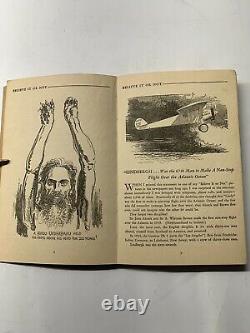 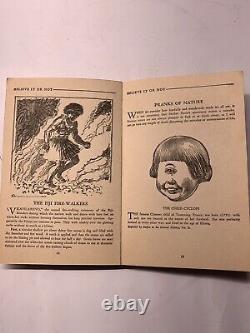 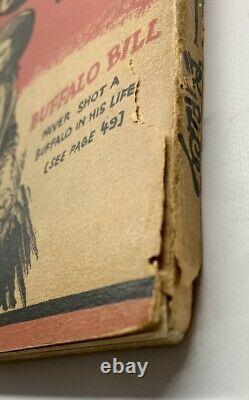 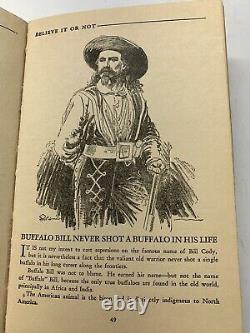 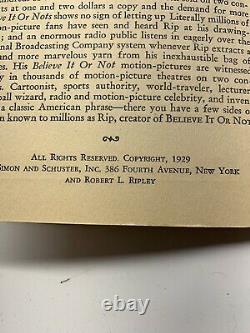 Signed 1929 Ripley's Believe It or Not! 1st Edition, Babe Ruth, Charles Lindbergh, Buffalo Bill! Up for sale is a rare-genuine 1929?

First Edition signed by the famous author " Robert L Ripley "! This soft back book was autographed by Ripley then presented to the Baseball Contest Winner! The price is not negotiable due it's rarity. It truly is a piece of American history. The book is in good shape for a 1929 paperback! This paperback was published in 1929 by Simon and Schuster, New York. This was the first year the panel appeared as a syndicated feature under the auspices of William Randolph Hearst and King Features Syndicate. The introduction of this book states that the Ripley's Believe It Or Not feature was appearing in over 300 newspapers in 33 countries at the time of the publication of the book. It is clean and tight with some expected age darkening. Some of the images of notables included are as follows: Charles Lindbergh and the Spirit of St. Louis (front cover illustration); Buffalo Bill (back cover illustration); Babe Ruth; Lefty Groves; Emperor Hirohito; Jimmy Johnston; Jim Corbett; Terry McGovern; William Shakespeare; Napoleon; Commodus Lucius Aelius Aurelius; etc. Also includes the usual assortment of odd and unusual animals and people, one in a million occurrences, and the almost unexplainable...

Of interest to collectors of cartooning, comics, comic strips, cartoonists, humorous illustration, caricature, materials and collectibles. BELIEVE IT OR NOT by RIPLEY. Written and illustrated by Robert L. The oddities, exotics, amazing feats, and unusual subjects presented in the newspaper cartoon panel series created by American newspaper cartoonist Robert Ripley was also presented in a radio show and eventually on television. This item is in the category "Books & Magazines\Antiquarian & Collectible".