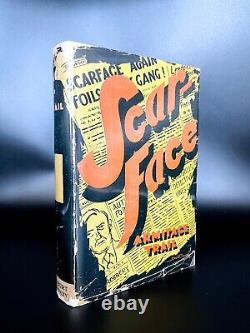 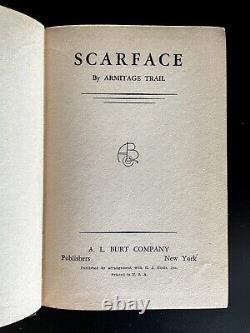 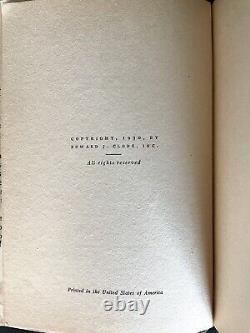 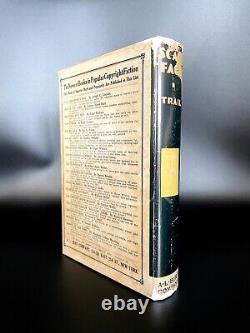 Coons was an American pulp fiction author, known best for his 1929 novel Scarface. Trail began developing the novel while living in Chicago where he began associating with local Sicilian gangs through an Italian-American lawyer with whom he was acquainted. From then on, Trail spent his nights socializing with gang members in order to gain ideas for his novel.

Though Trail never formally met Al Capone, with whom his novel was mainly concerned, Capone may have known of the work. His only other significant work is the detective novel The Thirteenth Guest, though Coons is speculated to have used a variety of pseudonyms. In 1932, the novel was adapted into a movie directed by Howard Hawks and produced by Howard Hughes. The movie of 1932 was later modernized and remade as 1983's movie Scarface staring Al Pacino.

This remake premiered in New York City on December 1, 1983, and was released on December 9, 1983, by Universal Pictures. Initial critical reception was negative due to its excessive violence, profanity, and graphic drug usage. In the years that followed, however, critics have reappraised it, and it is now considered by some to be one of the best films in the crime genre, and one of the greatest remakes ever made. Screenwriters and directors such as Martin Scorsese have praised the film, and it has been referenced extensively in pop culture, especially in hip hop music, as well as comic books, television programs, and video games, although over the years, the film has been regarded as a cult film. Trail never lived to see the movie Scarface finished, as during October 1930 he died of heart failure at the Paramount Theatre. Original full-bound cloth boards present clean and unmarked. Moderate rubbing to corners and head and foot of spine with a bit of loss. Crisp title to spine and front. Age-toning to top and bottom hinge-corners.

Internally clean and unmarked but for name penned to front pastedown and name and date penned to front endpaper. A couple light dog-ears and spotting to first couple pages. Toning to front and rear panel with moderate shelf-wear. Spotting to rear with some light stains. Moderate chipping to corners and head and foot of spine with loss.

Edges partially clean with front bottom edge showing considerable wear including small closed tears and creasing. Light chipping to other edges with a tiny amount of loss and a small closed tar to bottom rear edge. Moderate to heavy wear to hinges and creases. Moderate wear to spine with scuff to top causing partial loss of title. Flaps age-toned with some light spotting.

This item is in the category "Books & Magazines\Antiquarian & Collectible". The seller is "twobeesrarebooks" and is located in this country: US. This item can be shipped worldwide.