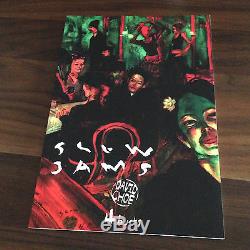 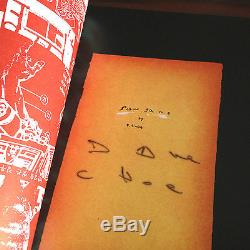 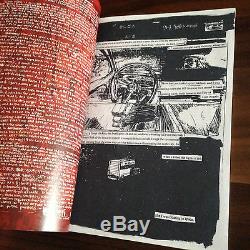 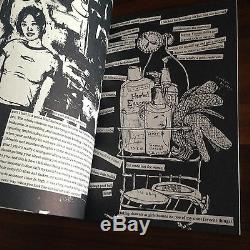 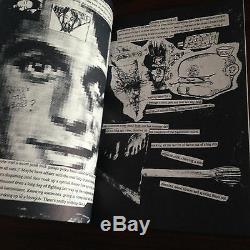 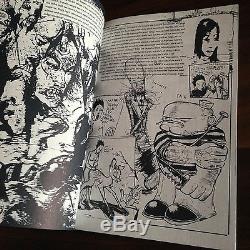 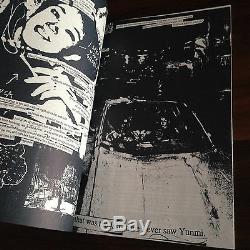 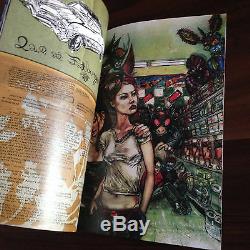 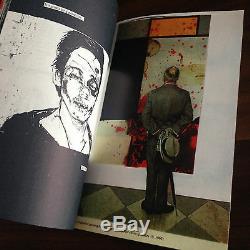 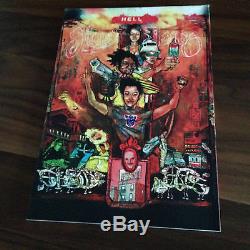 David Choe - Slow Jams SIGNED by David Choe on the title page, in 2001. Photos to authenticate upon request.

Condition: Fine, as new, unread. David Choe (born April 21, 1976) is an American figure painter, muralist, graffiti artist and graphic novelist of Korean descent. His figure paintings, which explore themes of desire, degradation, and exaltation, are characterized by a raw, frenetic tone that he has termed dirty style.

In the graffiti world, he is identified with the bucktoothed whale he has been spray-painting on the streets since he was in his teens. Choe's work appears in a wide variety of urban culture and entertainment contexts. For example, he provided the cover art for Jay-Z and Linkin Park's multi-platinum album Collision Course, and created artwork to decorate the sets of Juno and The Glass House. In 2005, internet entrepreneur Sean Parker, a longtime fan, asked him to paint graphic sexual murals in the interior of Facebook's first Silicon Valley office, and in 2007, Facebook CEO Mark Zuckerberg commissioned him to paint somewhat tamer murals for their next office. Those murals were loosely re-created by Choe's friends Rob Sato and Joe To for the set of the film The Social Network. During the 2008 presidential race, Choe painted a portrait of then-Senator Barack Obama for use in a grassroots street art campaign. The original was later displayed in the White House. Choe wanted to be a comic book creator. In a single night in 1996, he wrote a 35-page book of violent sexual obsession which, coupled with drawings and paintings that he created over the next couple of years, eventually became the graphic novel Slow Jams. Choe initially made about 200 copies of Slow Jams on a photocopier and gave them away at Comic-Con in 1998, hoping to interest a publisher. Choe's best friend Harry Kim began documenting Choe's life, often living with him while videotaping his work and personal life. Over the next 10 years, Kim would capture thousands of hours of Choe's everyday life, and this footage would eventually become the documentary Dirty Hands: The Art and Crimes of David Choe In late 2003, Choe arrived in Tokyo.

In his first 24 hours he punched an undercover security guard due to a misunderstanding resulting from the language barrier. He was arrested and sentenced to three months in prison for violent assault. During that time, he suffered from loneliness, anxiety and a lack of access to art materials.

With small pieces of paper and the one pen his cell was allowed, he made over 600 drawings from prison, including portraits of his Japanese cellmates. He also executed a series of erotic paintings using soy sauce, tea, blood and urine for color. After three months, he was released on the condition that he leave Japan immediately and not return. Returning home to San Jose, he accepted mural commissions from Hollywood madam Heidi Fleissand from the founders of Facebook, among others. After holding several solo shows in San Jose and San Francisco, he was offered a solo exhibit at the Santa Rosa Museum of Contemporary Art in 2005.

He held his first New York solo exhibit, Gardeners of Eden, in 2007 at Jonathan Levine Gallery in Chelsea, and in 2008, he had his first UK solo exhibition, Murderous Heart, in both the London and Newcastle locations of Lazarides Gallery, simultaneously. For a web series called Thumbs Up! A fourth season, in which Choe and Kim travel from San Francisco to New York, is currently in the works.

In 2013, Choe began hosting an online lifestyle and entertainment podcast with adult film star Asa Akira entitled DVDASA. The item "SLOW JAMS David Choe SIGNED by CHOE 1999 Fine VICE painting ART Graffiti" is in sale since Wednesday, September 21, 2016. This item is in the category "Books\Antiquarian & Collectible". The seller is "ninjah" and is located in Brooklyn, New York. This item can be shipped worldwide.