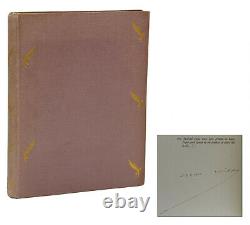 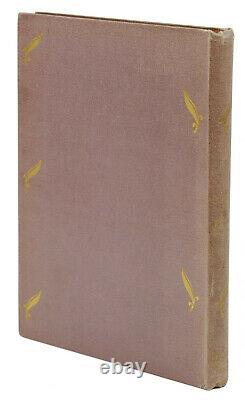 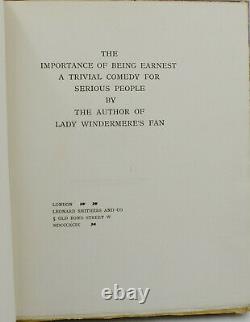 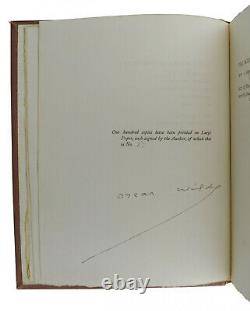 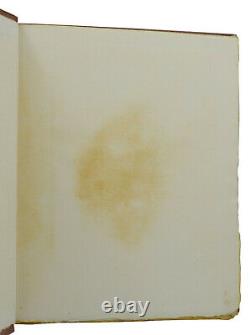 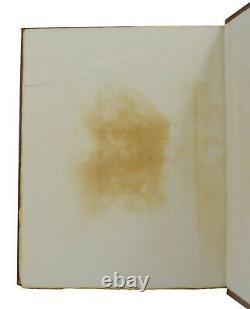 The Importance of Being Earnest. A Trivial Comedy for Serious People. Signed limited large paper edition.

Typical offsetting to endpapers, and a 5 tear to the rear endpaper. Wilde's masterpiece, which opened to wide acclaim at the St. James's Theatre, London, on February 14, 1895. It was withdrawn after 86 performances following his arrest and imprisonment on charges of gross indecency as a consequence of his failed libel suit against Lord Queensbury, the father of Wilde's homosexual lover, Lord Alfred Douglas. He was outed as gay (a disgrace in Victorian society) and the play was not published in any form until the present edition, following his release from prison.

It has been hailed as an exemplary farce, called by poet W. Auden a pure verbal opera.

The item "The Importance of Being Earnest OSCAR WILDE SIGNED Limited First Edition 1st" is in sale since Monday, September 28, 2020. This item is in the category "Books & Magazines\Antiquarian & Collectible". The seller is "burnsiderarebooks" and is located in Portland, Oregon. This item can be shipped worldwide.